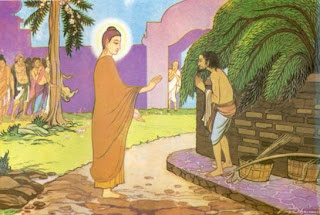 INDIA UNTOUCHED: Stories of a People Apart is perhaps the most comprehensive look at untouchability ever undertaken on film. Director Stalin K. spent four years traveling the length and breadth of the country to expose the continued oppression of Dalits, the 'broken people' who suffer under a 4,000 year-old religious system.

The 110 minutes long film (in Hindi, Bhojpuri, Gujarati, Punjabi, Tamil, Telugu and Malayalam, with English sub-titles) introduces leading Benares scholars who interpret Hindu scriptures to mean that Dalits 'have no right' to education, and Rajput farmers who proudly proclaim that no Dalit may sit in their presence, and that the police must seek their permission before pursuing cases of atrocities.

The film captures many 'firsts-on-film', such as Dalits being forced to dismount from their cycles and remove their shoes when in the upper caste part of the village. It exposes the continuation of caste practices and Untouchability in Sikhism, Christianity and Islam, and even amongst the communists in Kerala. Dalits themselves are not let off the hook: within Dalits, sub-castes practice untouchability on the 'lower' sub-castes, and a Harijan boy refuses to drink water from a Valmiki boy. The viewer hears that untouchability is an urban phenomenon as well, inflicted upon a leading medical surgeon, and in such hallowed institutions as the Jawaharlal Nehru University in New Delhi, where a Brahmin boy builds a partition so as not to look upon his Dalit roommate in the early morning.

A section on how newspaper matrimonial columns are divided according to caste presents urban Indians with an uncomfortable truth: marriage is the leading perpetuator of caste in India.

But the film highlights signs of hope too: the powerful tradition of Dalit drumming is used to call people to the struggle, and a young Dalit girl holds her head high after pulling water from her village well for the first time in her life.

Spanning eight states and four religions, this film will make it impossible for anyone to deny that untouchability continues to be practiced in India.

Director Stalin K. is a human rights activist and award-winning documentary filmmaker. In recent years, he has become known for his pioneering 'participatory media' work with urban and rural communities, in which local people produce their own videos and radio programs as an empowerment tool.

Image: Buddha accepting a request for ordination from the untouchable, Sunita. From Buddhism in Pictures, The Buddhist Information Center, Sri Lanka.
Posted by rama at 9:00 am

This is a 4000 year old crime, entrenched to become a way of life, like slavery. India will never be a great country until this is stamped out.

Forgive me if I offend.

You can be sure I for one will not be offended. What you say is undeniable. Sadly, very few really care to wipe this out. Hence the only way for this to happen is through movements of the Dalits.

This has been a very significant blog indeed. I've acquired a lot of helpful information from your article. Thank you for sharing such relevant topic with us.

I wanted to know how to make cheapest way to Call India from US and cut the cost of my phone bills.