Building Positive Peace between Hindu and Muslim in India 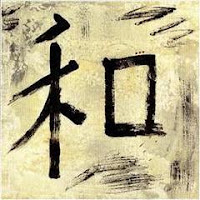 Hindu-Muslim conflict was the cause of the Partition of India (1947), with hundreds of thousands killed in associated violence. Post 1947, Hindu-Muslim violent conflict occurred regularly in different parts of north India. From the mid-80s, a Hindu religious extremist movement gained momentum. This lead to destruction of a mosque in the town of Ayodhya in 1992, and a horrific pogrom against Muslims in Gujarat in 2002 following the burning of Hindus in a train coach. Even in areas that have been largely free of communal violence, anti-Muslim feelings are strong, and there is a lack of any substantive inter-relationship for the majority of urban, educated Hindus.

In many parts of urban India, there is near complete spatial, social and cognitive segregation of the two communities. But for centuries, Hindus and Muslims have lived together peacefully, and common folk have together built an ongoing “dialogue of life”. Fundamentalist ideologies - a product of colonial divide-and-rule policy - are, however, destroying India’s heritage of communal harmony. From the mid-1980s the divide has deepened, with the growth of Hindu intolerance.

People-to-people relationships are the foundation of real peace. Enduring peace continues to elude this region of acute politico-religious conflict

India is close to becoming the country with the largest population in the world, and is today spoken of as an emerging global economic powerhouse. The number of Muslims in India is second only to Indonesia. Hindu-Muslim conflict is closely related to the strained relations between India and Pakistan, both of which are today nuclear states. The two nations came close to full-scale war in 2002. A serious violent conflict has been raging for a decade and a half in the Muslim-majority region of Kashmir.

But Hindu-Muslim conflict itself is a non-issue as far as the govt. and institutions are concerned, and in mainstream discourse. This silence in turn only works to perpetuate the problem. The future of India, as a secular, democratic, pluralist republic is at stake.

‘Positive peace’ is rooted in shared recognition by Hindus and Muslims of the all-round destructiveness of the communal divide, and the need to act purposefully to address this. Positive peace goes beyond tolerance, to embrace ongoing dialogue, mutual respect, and joint endeavours to build a better future for all citizens.

Grassroots experience reveals real barriers at every level that confront poor Muslims in their quest for a better life. Muslim citizens suffer acute socio-economic deprivation and disempowerment - as the Sachar Committee Report has documented (download the Report here). The conditions in Muslim slums in metropolitan Calcutta are a manifestation and outcome of the underlying, deep institutional and attitudinal barriers faced by Muslim citizens in India to integration with the socio-economic mainstream, and advancement. Apathy is widespread in the social mainstream. Unless the overall environment of social attitudes and practice is improved, grassroots efforts are severely impeded in their impact.

A tolerant society must be built through large-scale, effective public action by citizens and civic organizations. This must build upon past and existing initiatives. A peace / conflict-resolution orientation needs to be infused into to the building of communal amity in India. Large numbers of people across the country must work to inculcate harmony in the new generation. A vital part of this has to be action-education, of children, students and youth, to be able citizens of a democratic and pluralist society.

Education in post-independent India has failed in this task. Negative and bigoted socialization has continued to distort minds and hearts. Education and curriculum emerge as key requirements. Teachers and trainers assume a profound role.

Notwithstanding good intention and enthusiasm for positive change, especially among youth, direction is lacking. Critical social awareness, strategic thinking and action in the public domain – are weak, and are not normal outcomes of the social process. Voluntary action and social movement have decayed considerably over the last decade. A generational change is taking place in society, with weak bridges between the old and new. A ‘culture’ and practice, of aware, strategic social action has to be renewed.

A beginning has to be made, towards catalyzing a wider people’s movement. We have to frontally address the Hindu-Muslim conflict and define the vital and imperative work of peace-building in India. This would catalyze initiatives towards peace, and thus help to generate a people’s movement that begins to transform the situation. ‘Civil society’- in the sense of non-state formations for the public weal - must be built. And a key issues in a civic agenda is harmony.

The outlook, in India, for harmony initiatives now is positive. Peace talks between India and Pakistan are on. Travel links have been re-started. Considerable goodwill is being built at a people-to-people level. Common people feel peace must be realized above all else. Organizations in India are working for communal harmony. While a new-found expression of bigotry is seen, simultaneously many ‘un-political’ educated young Indians are today speaking for better Hindu-Muslim relations. There is also now deep introspection, self-critique and activism in the Indian Muslim community: a growing recognition of the need to modernize, pay greater attention to education and to social reform - particularly women's rights - and to adjust comfortably to an environment of religious pluralism. A young democracy is maturing. The notion of ‘active citizenship’ is emerging. This connotes a citizen-led (rather than state-led) process of enhancing the public interest. Such efforts constitute “civic leadership”.

Harmonious relations between Hindus and Muslims in India are closely linked to realizing enduring peace in south Asia. And peace in the subcontinent, could be a vital force for peace in Middle East as well as in the world at large.

Projection of Hindu-Muslim conflict, conquest by Muslim invaders and oppression of Hindus has been a key feature of colonial historiography. As a result, a profound Hindu-Muslim divide exists in India today. In this context, the state can act as both a positive and a negative force, and through its actions effect far-reaching changes. Hence it is important for concerned citizens to work towards achieving such policy change.

But intolerance also resides outside the reach of the state - within individuals, in families, in community groups. Intolerance results from negative socialization, but also stems from an un-well psyche. It is vital to create means for closer communication and mutual understanding between Hindus and Muslims from all walks of life. But it is also vital to effectively and creatively address the underlying psycho-social factors of bigotry, for instance as a vital part of the education of children to live as citizens of a pluralist, democratic society.

Equally, the compassionate, loving and kind aspects of every personality provide a root to building positive relations between Hindu and Muslim, which positive socialization can then nourish. Positive role models of personality and attitude have to be instilled in the consciousness of young people.

The existing divide can be used within a pedagogical context as a base to help individuals and groups understand, (e.g. through workshop training sessions and ongoing communication programmes): what the consequences of this are; the roots of prejudice and bigotry; the nature of the choices one makes; what one can do to build positive peace; and how one can steel oneself against negative provocations and impulses and retain a pro-peace focus.

One could posit a typology of attitude-types: from the dogmatic, to the apathetic, to the empathic, with several intermediate shades. Similarly, the causes of conflict are also various, viz. interpretation of history, political, social, cultural, economic, theological and psychological. There are also subtle links between anti-Muslim prejudice and attitudes to the low castes (or Dalits). Any peace effort must recognize and address this complexity. And a dual focus, of harmony as well as empowerment of historically underprivileged groups must be retained.

Suffering and grief - also unite. Poor women, whether Hindu or Muslim, experience similar suffering, and their religious traditions have also been predominantly misogynistic and patriarchal. Women can be a powerful force of peace-building at the grassroots.

Ultimately, transformations must take place in attitudes (cognitive plane) and in conduct (existential plane). The challenge is to effect this transformation, from intolerance to compassion.


(On the subject of the partition of India, a must-read article is by Ayesha Jalal: "Exploding Communalism: The Politics of Muslim Identity in South Asia". This is accessible here.)

Image: Peace and Harmony, by Stephen Gillberry.
Posted by rama at 2:39 pm

Love you dear. I could have, should have said that but you, smarter person, beat me to it. Bless you...and I am Sid Harth

Lets pray for greater unities and well-being for people of all religious faiths. If religion cannot unite mankind, what else can?

Your post is depicting my favorite symbol, from Japan and China. It is the oldest known Chinese symbol for Harmony or Wa, and represents the oldest, the most ancient Harmony, the Original Harmony. It resides at the center of the patch I wear over my heart from our martial arts school, Great River Jiu Jitsu. It is the Eternal School to which I belong.

May all the world's people center on and strive for the Original Harmony.

Thank you dear friends for your comments and affirmation. This is a subject that is most important to me, a concern I have dedicated my life and work to, something I shall pursue to my dying day, and at any cost. Why do I do this? Simply because I have a biological allergy to bigotry, and a need for love and harmony. So I am only doing what comes naturally to me. But when I speak of ill-will - I am only echoing what I know from my own past, when I too had uncritically internalised received "wisdoms", and unthinking voiced base notions. Fortunately I had the opportunity to become aware of my sickness and be healed.

An excellent article. I pray that it is right and there will be peace between the two great nations. Thank you for bringing us these words of hope, dear Brother :)

Interesting story you got here. It would be great to read a bit more about that matter. The only thing your blog misses is a few pics of some gadgets.
John Trider
Cell phone blocker

it is a high time for the future generations to take vow not to politicize RELIGION in the coming future.Until then we have to bear the heat of politicizing religion,- a threat to stabilizing the nation.

there should be education on this in school so our future generation grow up learning that there is no difference in people even if they pray to different god.