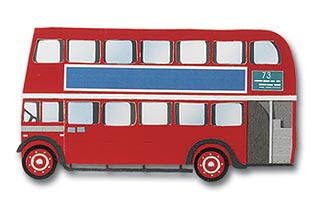 I had written about how scores of millions of Indians suffer indignity in silence, for lack of a toilet. The worst sufferers are poor women in the slums of urban India. I had tried to initiate a programme to install sanitary toilets in Howrah slums. But this could not move ahead because of entrenched vested interests in the Howrah Municipal Corporation; there was a profitable racket to pocket the govt’s insanitary toilet conversion subsidy without actually constructing a sanitary toilet.

A host of factors - tenure, permissions, space etc -prevent necessary toilets from being constructed in the slums. So I have long been interested in a Toilet Bus for poor women in slums. I wanted to start a project to develop, launch and manage a 'mobile toilet' facility.

I was seized by the idea of converting a decommissioned double-decker bus into a "Toilet Bus" to cater to poor women in slums like Priya Manna Basti in Howrah. Such a bus would be parked near the slum for a certain duration at particular times of the day. The refuse (which would accumulate in a safe storage tank in the vehicle) would then be disposed off at a dedicated land site, using a twin sanitary pit system. Once full, the pit would be closed and a new one used. When the second pit was full, the first one would be reopened. The refuse would be inert and could be removed and used as manure.

The toilet bus needn’t have its own engine and driver-cab. It could be hauled and conveyed, with the cab unit conveying, parking and picking up a number of such toilet buses.

Besides giving immediate relief to a good number of poor slum women, this would also serve to highlight the sanitation issue and create wider public awareness of this problem. It would also be possible to organise the beneficiary women in self-help groups through this initiative. And this would serve as a demonstration of a programme that could also be taken up by others, including the municipal corporation.

The venture would be a non-profit one, but it would also generate revenue from user charges towards meeting costs.

Just over two years ago, I contacted the relevant departments of the West Bengal govt for the necessary sanctions and assistance. I am yet to hear from them.

Meanwhile the dream lives on!
Posted by rama at 9:00 am

This is important. From this distance it seems to me that forces are at work to keep the poor in a state of indignity and preserve caste differences forever more, as if the higher castes would be infected by the infiltration of the lower castes. India is such a mixture. How could I have said India is an example to the world of how to live? And yet you knew what I meant.

What has been done in terms of "consciousness-raising" amongst the poor of the slums? I don't mean by communists, whose motives I would tend to question.

Just after I had written my previous comment, the question I raised in the last paragraph was answered by this programme on BBC Radio 4, about toilets of the world. Amongst other things, Adam Hart-Davis speaks of a scheme run by slum women in Dacca, Bangladesh, to build toilets and thus hope to reduce the 12% infant mortality which they currently suffer.

Yes, that's what India is, and my love for and attachment to India compells me to try to do something about all this.

Consciousness-raising - well Yves, that's been my life work, since 1984! I have written in various places, and in this blog too from that experience.

The specific situation prevailing here, in Calcutta, in West Bengal -precludes anything positive and subtantive being done. God knows I tried my best! And I have lots of limitations, so perhaps better people than me would be more effective if they too tried.

Yet this situation too will pass. The great Bolshevik revolution and the Soviet state ceased to exist, albeit after 70 long years, with immense damage done - yet, stopped Hitler!

In other parts of India too good work on toilets have been done. A huge amount of work remains to be done, learning from all these experiences.

My work in Howrah slums, begun in 1996 - was triggered by finding municipal statistics that showed infant mortality among Muslims to be disproportionately higher than among Hindus. The work was a means to investigate and understand this phenomenon, and to act to remedy it. I learnt that this infant mortality rate differential is a slum / non-slum differential. And there are a host of institutional blockages that Muslims in particular appear to face.

I had wanted to write a book, like a forensic analysis, called "Why the children die?". That didn't happen. I am supposed to contribute an article on this to an environmental health journal in UK by February.

Your write up made me feel sad, for the women in our country who cannot even have something as basic as a toilet.

If government attention is not forthcoming, do you think some corporates may be interested in funding your idea ? Perhaps some of the costs could be recovered through advertising on bus? (Similar to how many of the public toilets in New Delhi are being covered with ads)

Hi from Dublin, I have just been reding this blog and we are in the process of designing a toilet bus for Dublin City Council. I would love to keep in touch on this if anyone is interested?

Thanks Ed, yes, I am definitely interested, abd would like to bring together people and organisations who can work on this and take it to the people.